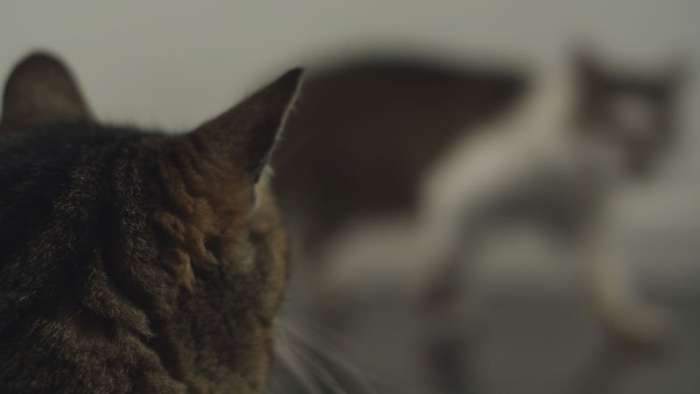 'A symmetric metric of feats and tales. In Cats, Bea McMahon's intention is the collapsing together of two types of time. The work is made up of things that are like other things: walnuts looking like the brain, for instance, or a mounted stone lion taking the form of a cat on a mat. A fold in time is temporarily created by the collision of things and beliefs that are out of time with each other; they are the myth and meter of two different eras. In medieval music, Complete Time sounded 3 beats in the whole and was notated by an O. Our contemporary hip-hop soundtrack of 4 beats in the whole was known as 'incomplete time' - still notated today by an incomplete circle like a letter C or an opening bracket (. The notational space shifted from the medieval ratio-based measure to the current fraction-based one. By leveling the fundamental difference between a ratio and a fraction a new hierarchy twists into existence that has the odd effect of raising the bar (or unit of musical time measure) above the interrelationship between the notes. The 3/4 time signature now embodies the role and presence of Complete Time's measure - hiding it within three quarters of its former whole. In McMahon's film, two cats play out these time signatures, walking along wooden boards. The cat with a limp has the meter of 3/4 or Complete Time, the cat without a limp keeps 4/4, 'incomplete time'. In medieval mythology the absent beat of the limper sounded in another world. The work deals in the meaning of things and the agency of images and signs. By example, the walnut: in medieval times it was believed that eating walnuts would be good for the brain because of the visual closeness of the two: the sign of what was most essential in it was borne upon its visual surface. Later, the idea of one thing 'matching' another and resulting in an action to 'make things work' fell out of favour. In place of it, the proliferating signs and notations of science and mathematics do the same work of transformation. In 2009, almost as a lesson, the eating of the 3D chunky cipher of the walnut was found, by empirical observation, to be good for the brain.' 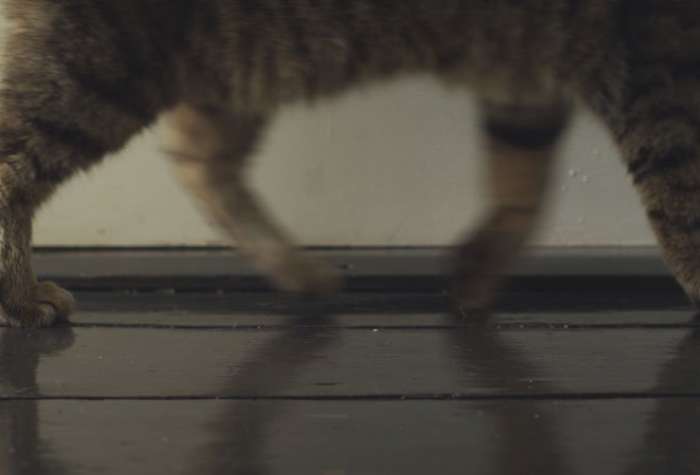 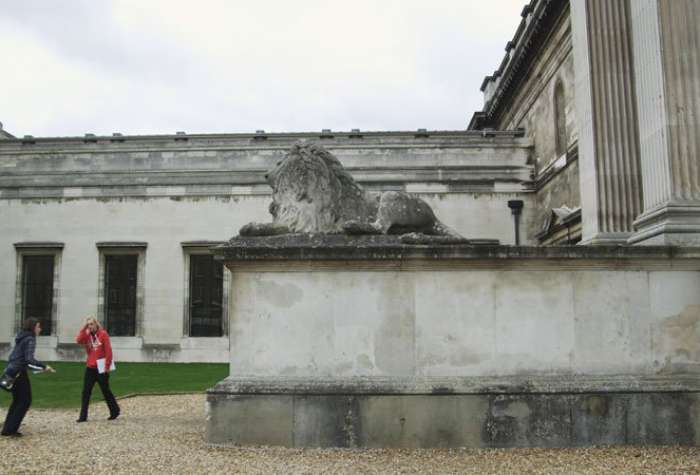 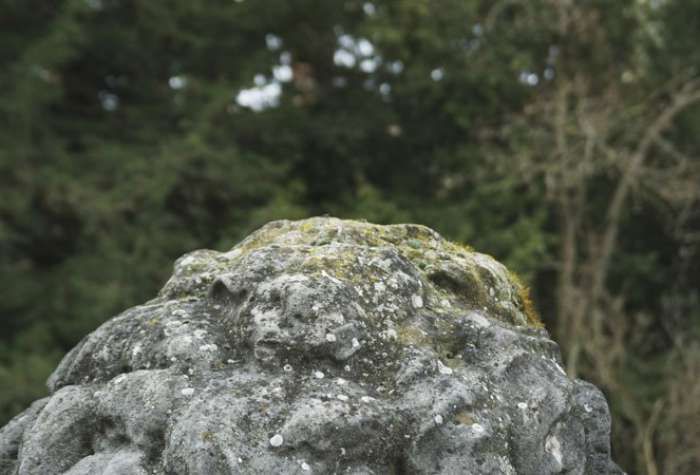