Tom Flanagan and Megs Morley’s collaborative work is an ongoing exploration of the language of cinema and its relationship to political power and collective memory. Often working from fragmentary and peripheral political histories and contexts, their work explores the space between images, memory, knowledge, and power. They are interested in interrogating received knowledge and understanding, exploring alternative narratives generated by social history, archives, testimonies, and myth. They take a multidisciplinary approach to developing their work, and in the past have collaborated with activists, playwrights, and actors – most recently with composers Fergal Lawler and Jürgen Simpson, and choreographer Fearghus Ó Conchúir, to provoke the relationship between the language of politics, performance, and cinema. 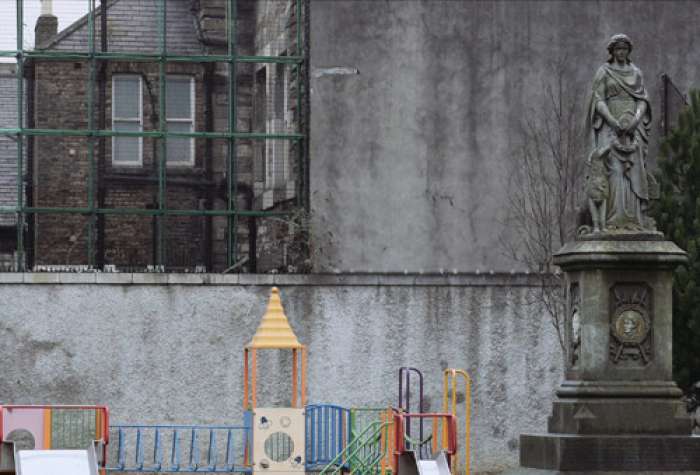