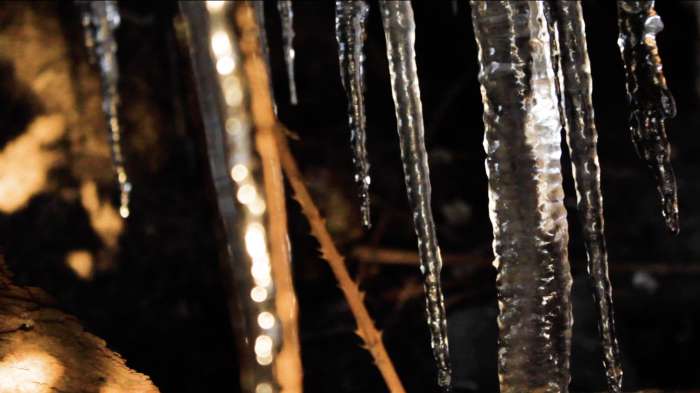 The title, Lethe, derives from Greek mythology; the river Lethe flowed around the Cave of Hypnos and through the underworld, where all those who drank from it experienced complete forgetfulness. This film is part of a larger project examining sea, ice, rivers and rain as channels of memory and feeling, and how water itself is conveyed digitally. The project directly responds to the writings of Virginia Woolf who strove to represent the mind and all of its nuances, transitions, feelings and moments of harmony with the universe, often through water imagery.

Lethe was created in Vancouver, Canada and Dublin, Ireland. It is narrated by Vancouver-based voice artist, Amanda Jane Porter. All footage was shot by the artist using a Canon 5d camera, and a DJI mavic drone.