In the robing room

In the robing room is a short performance film by Áine Phillips made with Vivienne Dick on camera in 2012. The piece was filmed in the Bishop's Robing Room in Kilkenny as part of Kilkenny Arts Festival curated by Josephine Kelliher that year. The filmed performance is a metaphoric struggle with a distorted, mutated dress that will not fit and is impossible to wear. It was created within an installation of video projections onto long flowing panels of muslin in the darkened 18th century room. This installation was presented widely in Ireland and internationally at exhibitions, screenings and festivals between 2011 and 2018.

Conceptually, this piece explores the problematics of the Residential Institutions Redress Board which was charged with compensating those who had suffered physical, sexual and emotional abuse in childcare institutions subject to State regulation in Ireland. Those who received ‘redress’ compensation must adhere to a confidentiality clause that bans them from speaking publicly about their experience. This injustice emerged in Ireland 2010 and mirrored the shameful attitudes to injustice in the past whereby a society of secrecy functions to suppress truth and reparation. To create and film this live performance in a Bishop's Robing Room was a perfect synchronism of poetic justice. 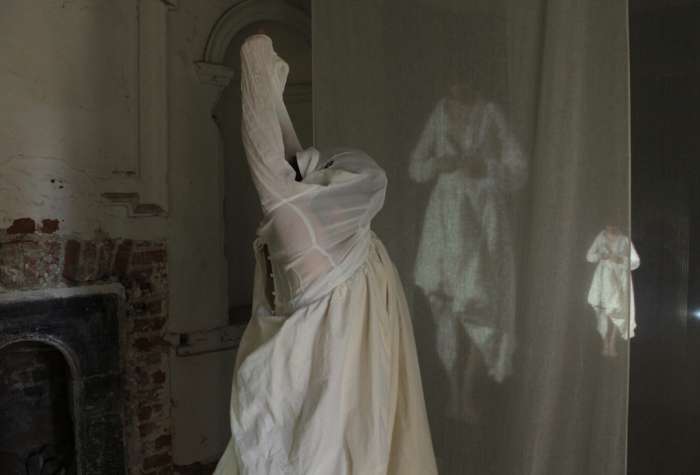 In the robing room