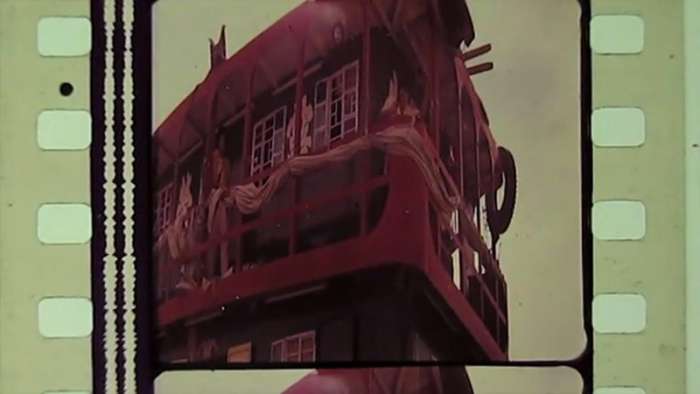 'End Reel convolves certain aberrations in two image-making technologies; film and video, to produce a complex and largely abstract image without detaching entirely from the narrative contained in the reel. The final minutes of a 35mm Hong Kong action film examined over a light-box on an editing bench with hand-crank rewinds and recorded with a lo-res pocket camera shows fuzzed out fight scenes in an epic triumph of good over evil but lingers just as often on the scars and water damage blooms in the film emulsion itself. Sounds move between sync (creaky rewinds + scraping reels) and added recordings. The decay on the film surface, blur of its movement and arbitrary stop and starts on image frames, create unpredictable associations. The pulsing of the pocket camera's AWB (automatic white-balance) and the native 60Hz pulsing pattern between the video and the light-box's florescent bulb add to this, too. These spontaneous textures of unfolding process, like human imprints in sand, form the heart of this moving image work'

(Text by Julie Murray, sourced from https://julifilm.wordpress.com/moving-images/ on Dec 31st 2016) 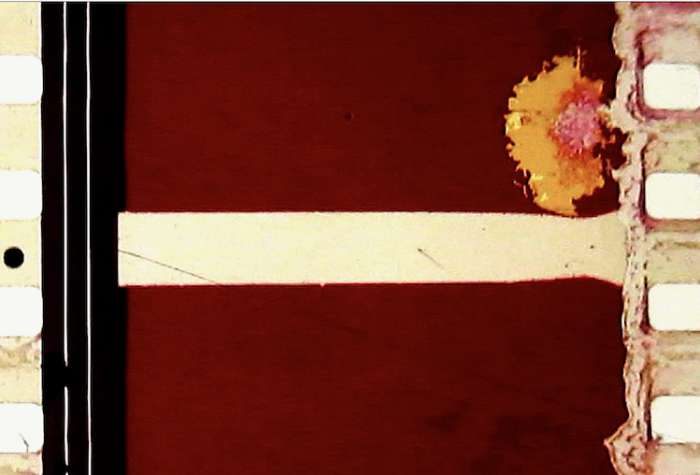 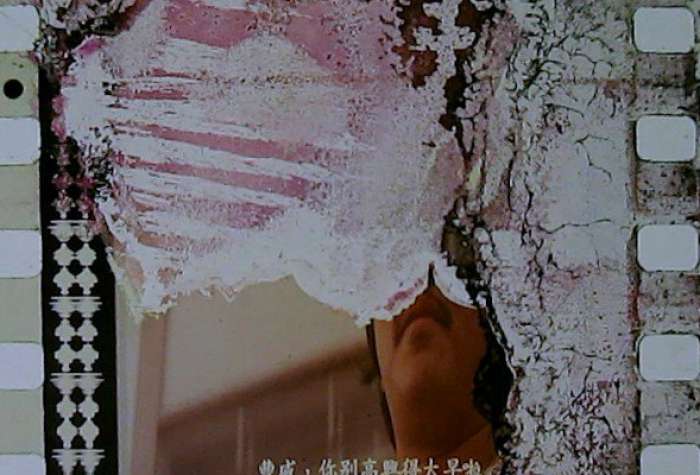 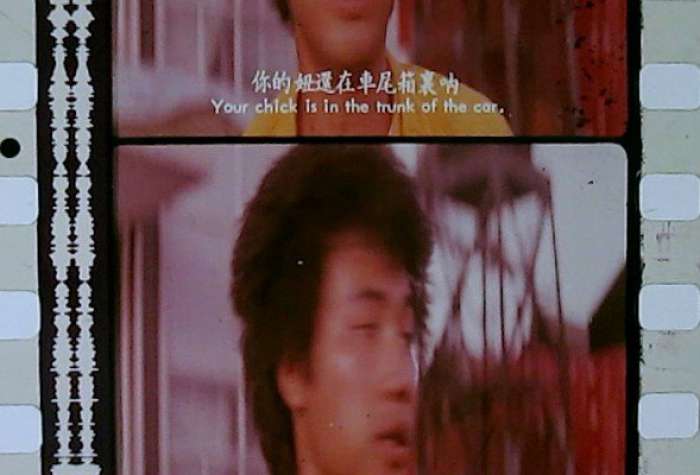