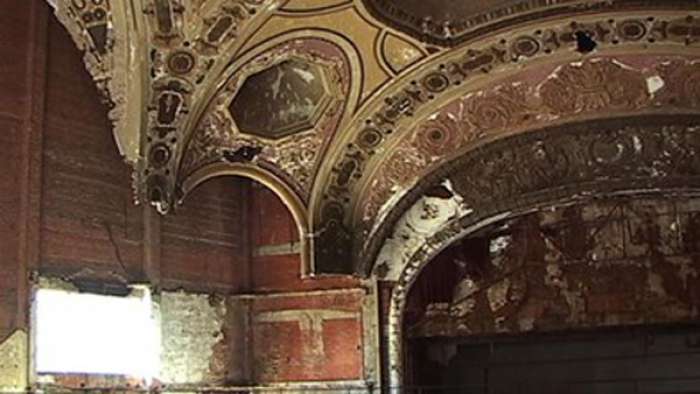 'The enormous carcass of the Michigan Theatre, a ruin among ruins, now serves as an inner-city car park and home for ghosts. Every city is an archaeological layer cake of demolition, decay and scandalous erection. The rise and fall of commerce spurs the reincarnation of spaces. Movie palaces are converted into tabernacles. Churches deconsecrate and become shoe stores. Graveyards are excavated and the dead are disinterred. Parking lots bloom like weeds as plentiful as churchyards. These mutated spaces funnel faded glory, waste and buried treasure; the voices of the past and interstellar space speak in gibberish.'