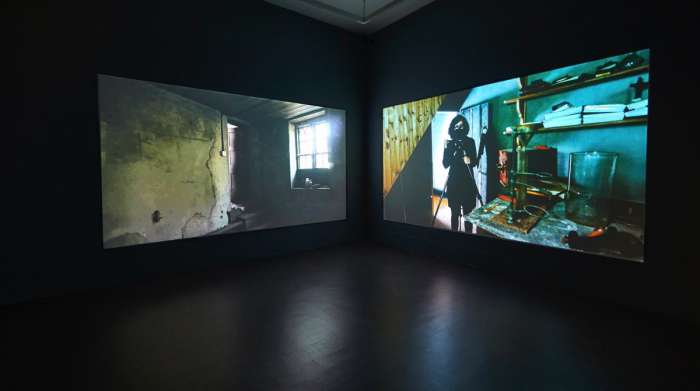 Darkroom was filmed in two places; first in Mary Rosse’s darkroom, one’s of the world’s oldest in Birr Castle, which has been emptied of its contents. Secondly, in the reconstruction of the darkroom in the Exhibition Centre in the Castle’s grounds where the entire contents have been moved and the darkroom reconstructed by conservators. The two different streams, the first one filmed in the original space and the reconstructed shoot in the reconstructed darkroom, are shown side by side. Connecting the two artist’s practices, Darkroom reflects on the harmony and dissonance of memory and its mediation through photography and the relationship between reconstruction and photography, where both attempt to fix a moment.'

“But none of these offerings prepares the viewer for the clout of Weir’s Dark Room, a dual-screen video shot in the remains of a 19th-century dark room in Birr Castle, belonging to pioneering Irish photographer Mary Rosse…Using only natural lighting, this silent work achieves the palette and austerity of a northern Renaissance interior. In one shot, these two women’s practices, divided by centuries, touch, as Weir captures her own photograph of the dark room developing in Rosse’s porcelain developing tray. This clever mise en abyme contributes to a work of enormous structural intelligence and sublime visual appeal. It is Weir at the height of her powers.”' 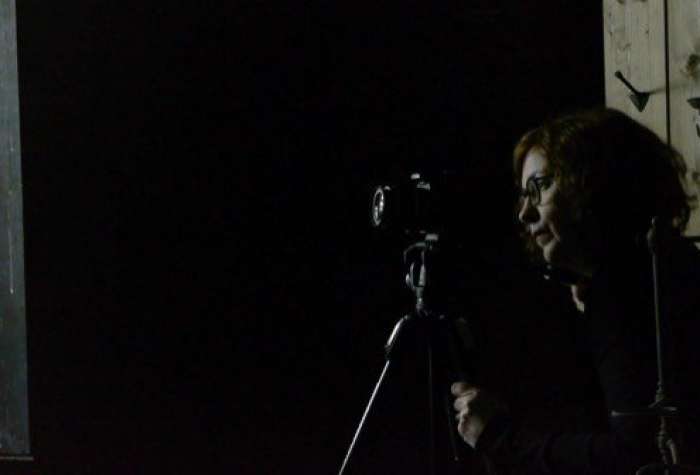 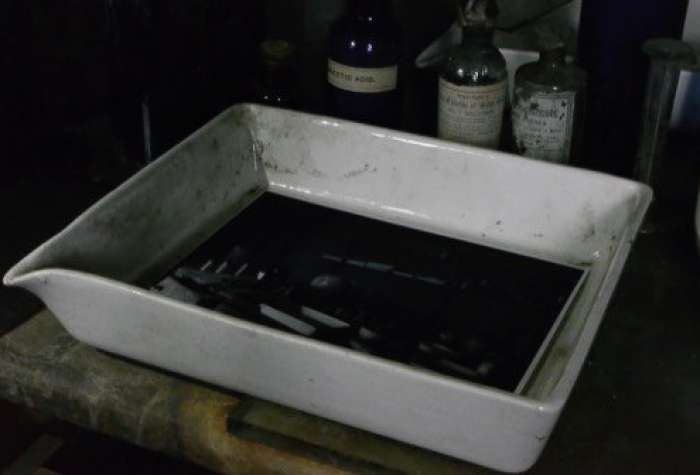 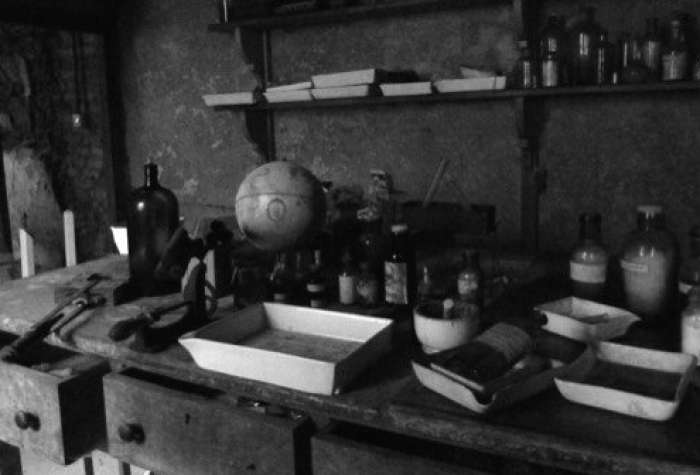 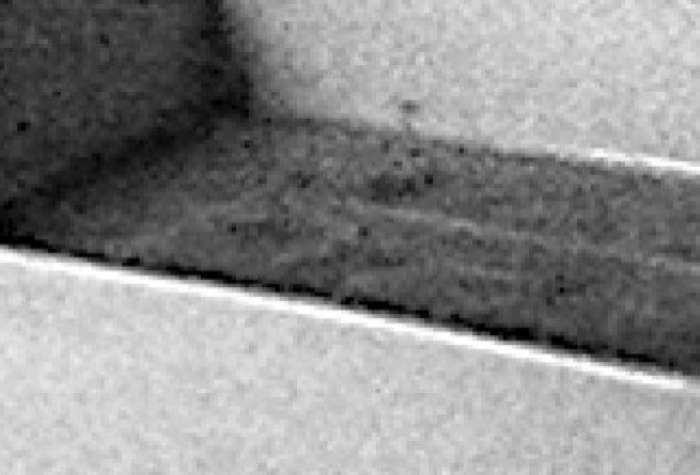 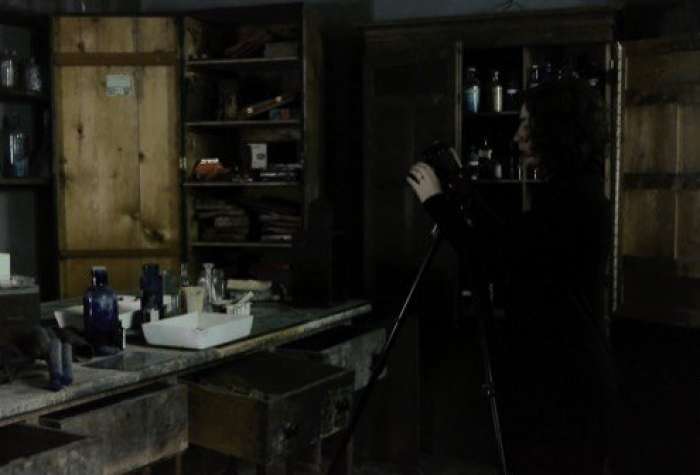 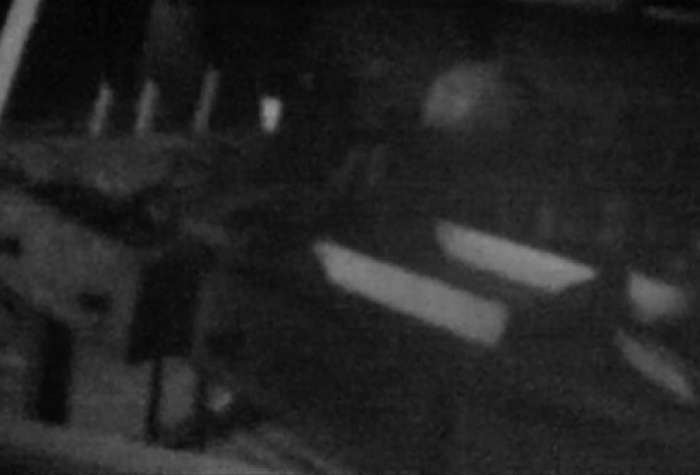 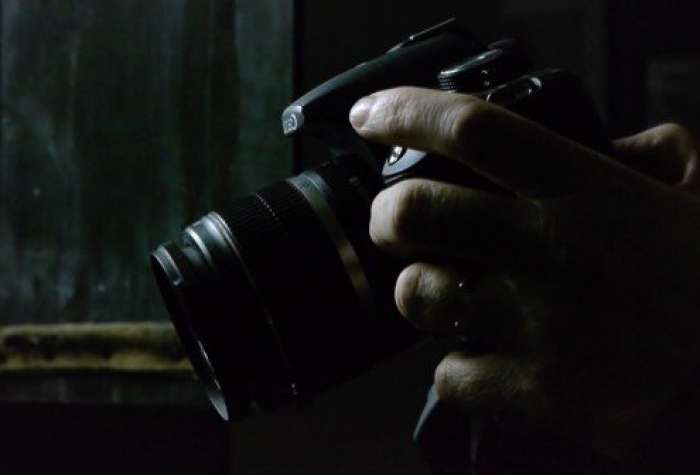 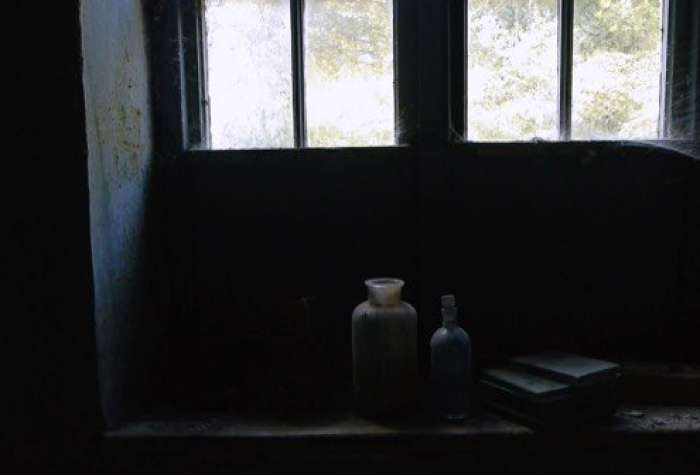 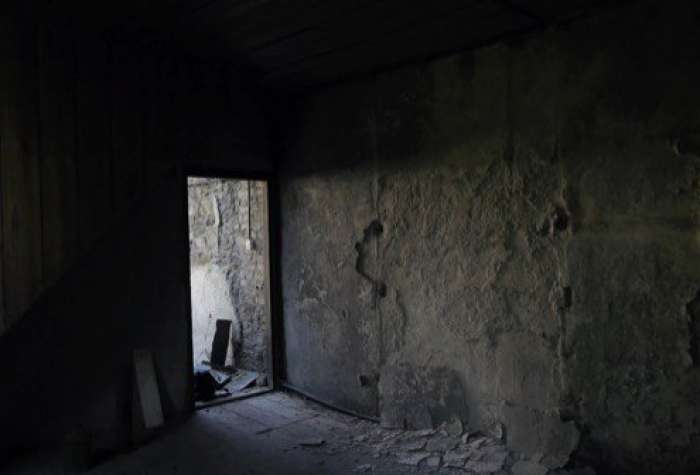 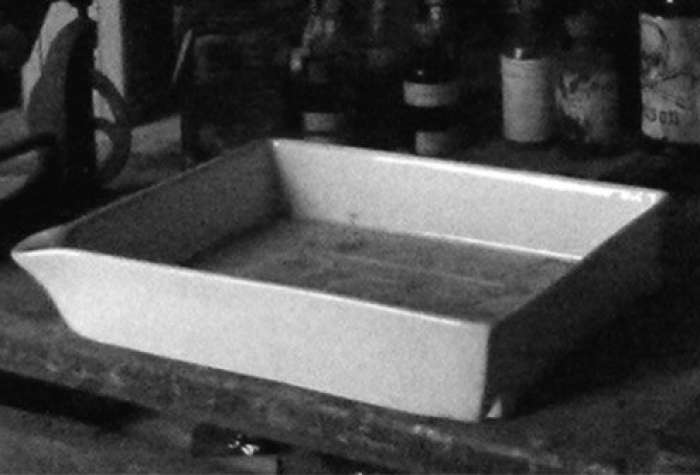