Mr Paddy Sheehan, the Dursey Cable Car Operator is the solo interviewee in this work 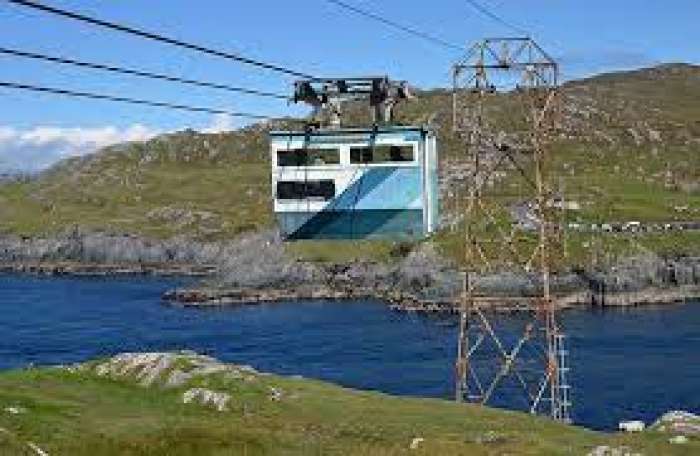 Commissioned by Cork County Council and The Arts Council of Ireland, this short documentary film was shot entirely on super 8mm film. It explores the Dursey Cable Car - the only cable car in Ireland. Shot both on land and in transit from the cable car the film explore the links between place, identity and changing Ireland. The cable car is a piece of very basic technology that serves the community of the Island by ferrying people, livestock and goods several times a day 345 days of the year and seems to represent another time and place away from the rapid consumerism and modern technology associated with the Celtic Tiger. The voice over of Paddy Sheehan - the local cable car operator and a contemporary soundtrack aims to embody the sense of community and their strong sense of place and identity that the cable car in many ways is a metaphor of - suspended and swaying precariously back and forth over the short but treacherous three kilometres Dursey Straights below.

Work to be featured as a permanent screening in the newly planned Visitors' Centre, Dursey Cable Car Site, Beara Pennisula, West Cork, Ireland - circa 2022 (delayed due to Global Covid-19 restrictions) 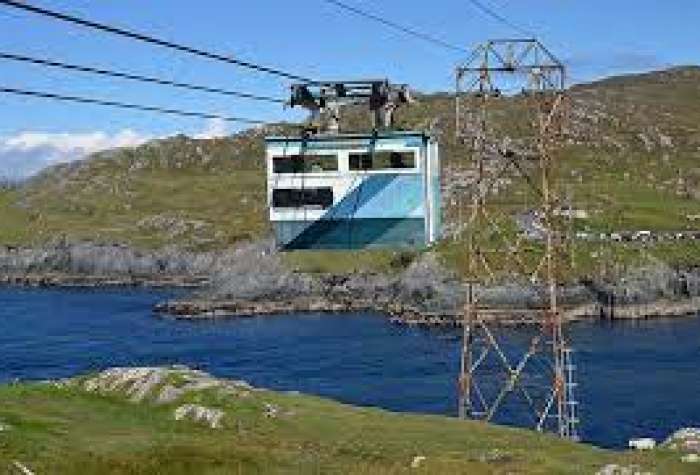