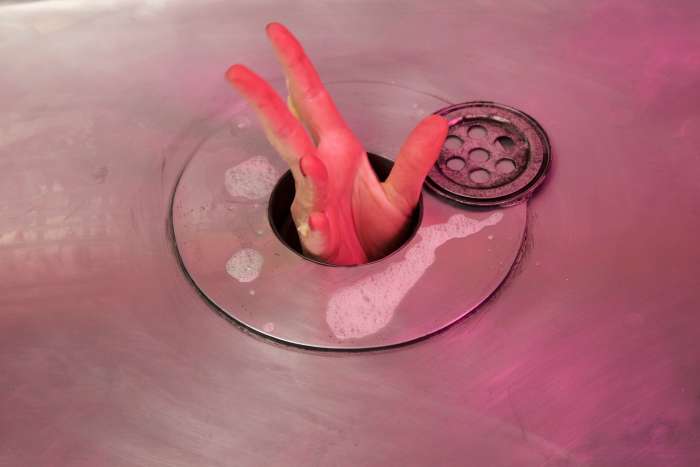 Buttered Up tells the story of a performance artist who embarks on an improbable journey to explore the mysterious underworld of domesticity. She uses a practical method of escapology, quantities of butter and a complete suspension of disbelief to undergo an unusual metamorphosis. The protagonist evades the entrapments of domesticity… or does she use the trap itself as a means of escape? Themes of displacement and transformation within the domestic frame are explored with humour in this short film.

Buttered Up developed out of a live performance at the Sirius Arts Centre in Cobh in 2016 where Phillips slowly and deliberately buttered the crevices of a plush sofa before donning swimming cap and goggles, diving into the couch and disappearing completely into the ‘underworld of domesticity'. The Arts Council awarded Phillips a bursary to create a short film of the performance and the following year, 2017, film-maker Vivienne Dick, along with sound artist Slavek Kwi, worked with Phillips on the project to produce the 6-minute video. Buttered Up has been shown at film festivals such as Galway Film Fleadh and Clare Island Film Festival.

surrealist, the entrapments of domesticity