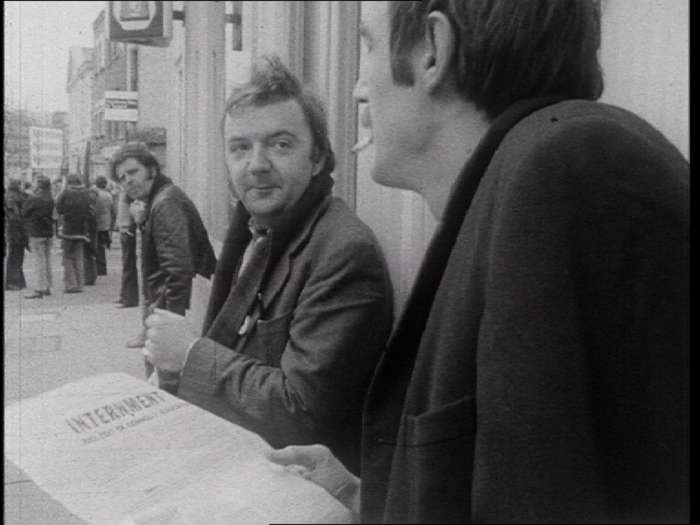 This second of O’Sullivan’s extant films was his graduation piece for his Master’s degree. Taking its title from a parodic ballad by Flann O’Brien about the supposed comfort to be found in drink, A Pint of Plain was filmed on location in and around Shepherd’s Bush in west London. It consists of a number of loosely organized scenes – part-scripted, part-devised – that capture the transient lives of men living out marginal and haphazard existences. The film’s central character, “Peter”, is a sensitive, solitary individual in search of creative affirmation and indeed simple human connection, in a city where it’s hard for outsiders to feel at home. O’Sullivan frames his human figures in the banal, bizarre and sometimes seedy spaces of London, composed in the shot to accentuate strange spatial environments and awkward social terrain. Scenes are punctuated by intervals of “black screen” suggesting an indeterminate passing of time. A chance encounter one morning between the pub drunk and two of the men from earlier in the film brings some sense of resolution and conventional denouement.' (Notes by Lance Pettitt sourced from http://www.ifi.ie/film/a-pint-of-plain-2/ on July 31st 2016) 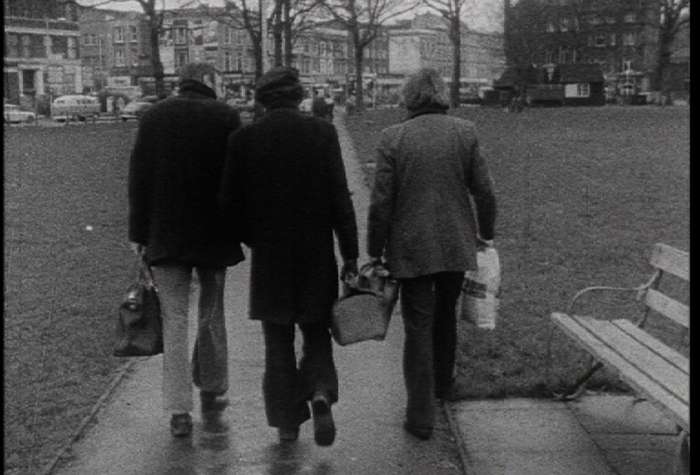 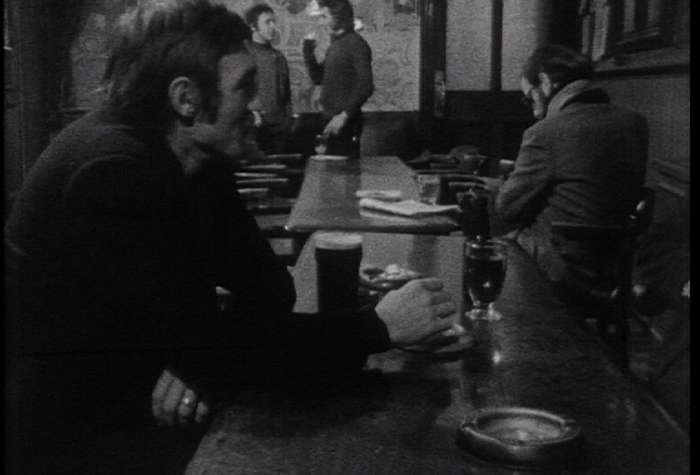